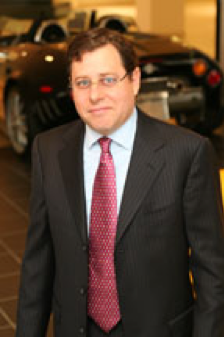 Todd Berko joined Bel Air in 1999 and became a partner in 2001. He is a recognized expert in the valuation of auto dealerships and has been involved in virtually every Bel Air assignment including numerous valuation and litigation support responsibilities. He has experience in dealing in all facets of transactions, bridging the gap between seller, buyer and their accountants and lawyers. He understands not only the large issues in valuing dealership groups, but also the subtle nuances that, if misunderstood, could have a significant impact on valuation.

Mr. Berko began his career as a senior financial analyst at Drexel Burnham Lambert and later joined Paine Webber, Inc., now UBS. He completed in-depth analysis on well over 100 companies across a broad range of industries. During that time, he assisted in capital raising for over 20 companies, including more than 15 initial public offerings.

Mr. Berko was recently interviewed on the subject of auto dealer valuations. He has been a guest on CNN and has been quoted in Automotive News, The Wall Street Journal, Fortune, The New York Times and Forbes Magazine. He has been a guest speaker before numerous industry groups, including the 2012 and 2015 AICPA Automotive Division annual meetings.

Mr. Berko earned a BA in economics and political science from George Washington University and holds an MBA with honors from Columbia University.