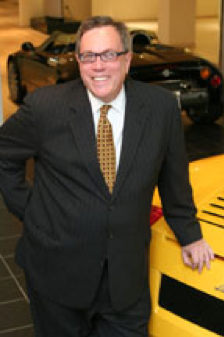 Sheldon Sandler gained his initial experience in retail vehicle distribution in 1996 when he guided the IPO for Rush Enterprises, the first franchised vehicle dealer to go public.

Since founding Bel Air Partners in 1998, Sandler has been responsible for numerous auto dealership assignments nationwide. He is a widely sought after speaker at industry events, column writer and commentator on dealership valuation and the state of the “buy/sell” market. This past December Sandler moderated a panel with several of the country’s leading dealers during the “Autovate” conference addressing the role of technology in the future of today’s dealerships.

Sandler was a panel member for the New Jersey Car Dealer Association’s October meeting and earlier in the year was a presenter at Princeton University’s Safe Driving Car Summit. He has been a speaker several times at the Automotive World Congress, AICPA Automotive Division annual meetings, NADA Board of Directors meeting, state associations and numerous other industry gatherings.

Before founding Bel Air, Mr. Sandler spent eight years with the NYSE member firm Ladenburg Thalmann where he successfully completed over a dozen IPO’s and numerous M and A transactions. Previously Mr. Sandler served eleven years with the Securities and Exchange Commission in its Philadelphia branch, rising to Chief Examiner. Sandler is a non-practicing CPA with a BS from Penn State and an MBA from the Fox School of Business at Temple University.