Is TSLA a tech stock or a fashion product?

Excellent article written by Olaf Sakkers on the pros and cons of Tesla. In summary-Tesla is today’s tulip craze.

Tesla recently became the world’s most valuable carmaker. That’s pretty shocking since, as Morgan Stanley has pointed out, the company generates 0% of auto profits, 1% of auto OEM revenues and yet has 30% of sector market cap.

If Tesla wasn’t an industrial company that had to manage a complex supply chain, labor costs and distribution, it might be easier to understand how it could be valued at an EBITDA multiple well in excess of pure tech companies like Google and Facebook. Amazon’s significantly more capital intensive business might be the only comparable stock, but in that case, AWS is the primary profit engine and yet Amazon’s multiple is about half of Tesla’s. 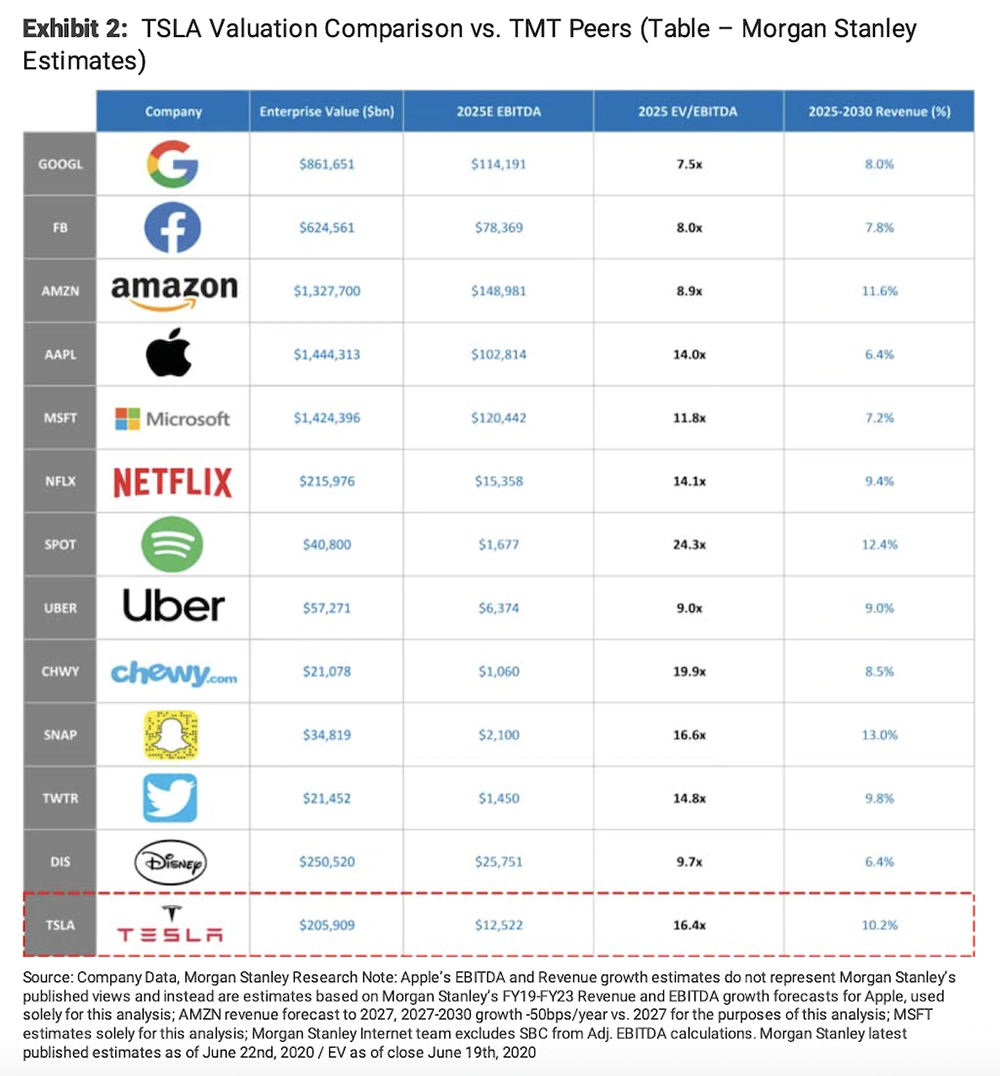 An amusing illustration of the difference in scale between Tesla and other carmakers: during the challenging Model 3 ramp up, when Elon Musk was celebrating reaching a milestone of 7,000 vehicles manufactured in a week, a senior Ford executive pointed out that Ford is manufacturing this number of vehicles every four hours.

So if the 88,400 vehicles the Tesla delivered in Q1 of this year was less than 0.5% of vehicles globally, what explains this glaring incongruity? Here are two theories.

Theory 1: Tesla is a luxury handbag and Robinhood is a gaming company

Normally shares are commodities: units of ownership interest in a corporation that add up to the enterprise value. But in the case of Tesla, share ownership doesn’t just give the value of owning a portion of the company, but also confers additional value on the owner as a symbol of social status. A designer handbag isn’t just worth the sum of the materials it is made out of or the value it serves in carrying things around, but rather signals something about the owner which is the value we pay for in luxury. So too Tesla shares. They are luxury products.

In addition to the growth of this “luxury quotient” added to the stock value, the rise of retail investment through low cost trading platforms like Robinhood has made betting on Tesla widely accessible. There are now a lot more people who want to own TSLA shares because it means something and along with them, people who want to predict how the value will change. Given this, Robinhood is perhaps best thought of as a gaming company rather than a fintech company. Like real sports teams, Tesla has a lot of adoring fans along with bad guys to make fun of. And given that much of sports betting is on hold due to the global pandemic, more and more seem to be people looking for a good game to bet on.

There isn’t that much of a gap between this idea and what is known as the greater fool theory — an investment in Tesla is a bet that its current price will generate a return simply because someone else will come along and be willing to pay a higher price. A nice name for this is “momentum investing” and there’s clearly a significant amount of these dynamics driving Tesla to new highs but with significant volatility. While retail investment has become popular with individuals who might be the source of these trends, funds have turned increasingly to algorithm-based trading that follow momentum and can amplify the rise of fast moving stocks.

Theory 2: Tesla is a bet against the entire automotive industry

Beyond status symbols, games and momentum, are there any fundamental arguments for Tesla based on underlying value? What case might a thoughtful observer of the automotive industry make that could justify Tesla’s sky high stock price?

Obviously if Tesla’s valuation is thirty percent of automotive market cap, there’s an expectation that the company will grow revenues rapidly for many years to come and do so with significant margins. The arguments used to explain how it will do this have mostly involved fleets of robots:

Both of these robo-futuristic ideas have been pushed for some time and have been beaten into a trough of disillusionment in the eyes of serious observers, so it’s hard to argue that they are the catalyst driving Tesla’s stock price.

So if not robots, then what explains how Tesla is positioned to eclipse the automotive industry and justify its share price? This theory is a longer story and it starts with lego. And what it is that carmakers do.

What is a carmaker?

In Understanding business model disruption in the mobility industry, I noted that carmakers sit at the top of a complex supply chain, and essentially act as assemblers of various components — like blocks of lego — into a car. 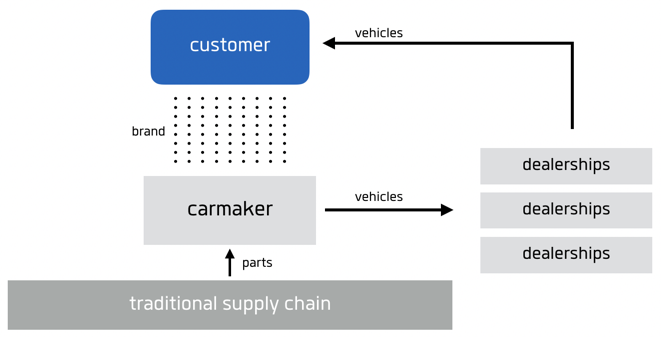 What makes Tesla different in terms of production is a significantly more vertically integrated manufacturing process, taking greater control of its components and supply chain. This not only applies to battery packs, but perhaps more significantly to electronics. Why does that matter? 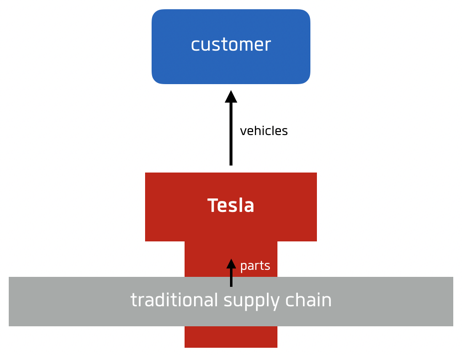 ECUs are computers in cars. They are encased in metal boxes and have to be wired and receive power. Just like other components, carmakers have treated ECUs like lego. They are simply blocks that form part of systems that they assemble into a functioning vehicle. Electric windows? Add an ECU to run the motor. Power steering? Add another ECU. The result has been an increasing bird’s nest of complexity as computation has been layered in to offer additional functions.

Initially this approach built off of what made carmakers effective — the ability to transform a complex set of components into a functioning whole. Over time, the teams developing new functionality were spun out from carmakers into “Tier 1 suppliers”, so that suppliers could focus more intently on the creation of optimal components while carmakers could focus on sourcing and assembly. This evolution rewarded carmakers since only those with scale and deep expertise could manage the increasing complexity including the supply chain along with testing and validation of new vehicles. Supporting them in achieving scale was a top down hierarchical culture defined by high standards of quality and reliability. However, as with all disruption, the thing that allowed carmakers to thrive is now becoming their fundamental weakness.

The underlying silicon of vehicles is important because it affects what can be defined by software. A distributed network of silicon means a patchwork of software enabling each component’s functionality. Since ECUs are tied to particular vehicle functions (ABS, electric windows, etc), they are clustered around components into what are effectively intra-vehicle fiefdoms controlled by each supplier. Since software and hardware are intertwined in this way, the development and update cycles are set by the underlying hardware. System integration is needed just to make things work together. What automotive network architectures lacks is centralization and standardization.